Rising up to challenges with architect Bob Hall 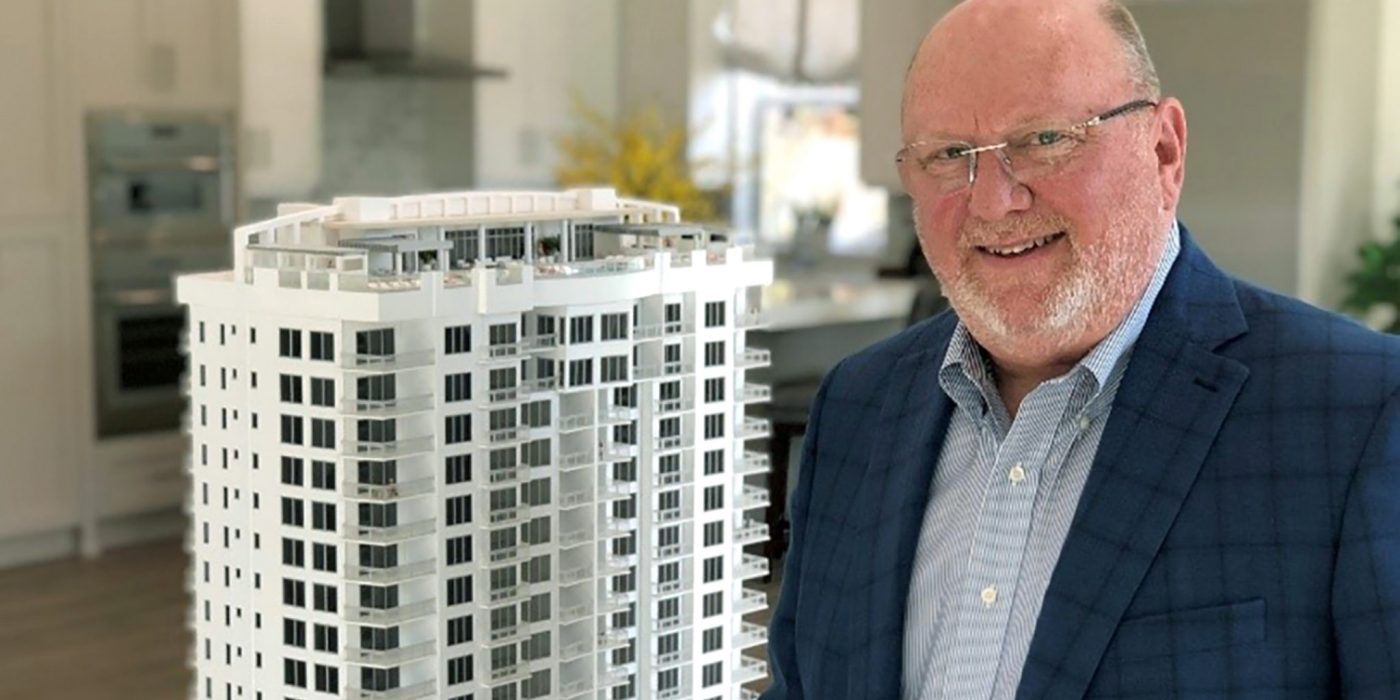 From an early age, Bob Hall was happiest “making stuff.”

The son of a sheet-metal worker and a schoolteacher, Hall admits he always gravitated toward the creative. “My mom was artistic and poetic, and my dad was great with building things. We always had a garage full of tools and building materials. I took a drafting class in high school and had started experimenting with pattern drafting. My father had several books of sheet metal patterns, which are like patterns for clothing, only they’re patterns to make things out of metal. I made everything from a ship’s funnel to a simple can. I loved the whole process and would repeat the patterns to create elaborate models as a kid.”

A lot has changed since then but Hall, the president, CEO and director of architecture for Curts Gaines Hall Jones Architects, is still happiest when creating. Born in Tampa’s first suburb, Seminole Heights, Hall moved with his family to the “boonies” of Brandon at age 10. Going from craftsman-style bungalows in the shadow of gothic Hillsborough High School, Hall traded one brand of Tampa beauty for another: “I learned a whole other side of Florida, building forts, fishing and nature.”

His work as an architect reflects these dual attractions of Florida. CGHJ Architects has built a reputation for large-scale, complex projects of mixed-use up and down the West Coast and beyond. They’re also known for many other Southwest Florida award-winning high-rise projects, as well as adapting and restoring historic Tampa landmarks such as the Cuban Club, or the Florida Brewery, at the direction of his long-time business partners Stephanie Gaines and Charles Jones.

Hall’s academic path to architecture started with courses at what was St. Petersburg Junior College in the 1970s, with a direct transfer program to the University of Florida. He credits his first mentor, professor SPJC Donald Bergsma, with providing a strong foundation for growth. “He was such an inspirational teacher that his students came out with a great knowledge of drawing techniques, shade, shadow, color, three-dimensional thinking and all types of skills you learn in early design school. It prepared me to go straight to the upper-division of undergrad at Florida.”

Another mentor would guide Hall’s career, Gerald Curts, the founding president in 1975 for the Tampa firm, the Design Advocates. Hall worked under Curts during school breaks, and after graduation worked full-time, before pursuing his master’s in architecture for full licensure. “I was tired of being a struggling student, eager to design and earn a paycheck,” Hall says. “The firm was a fun, young, growing group of designers. We did all kinds of work, so I learned by doing, really, as a journeyman architect.” Eventually he returned to UF, completing his credentials before heading home. Now fully licensed, Hall and his colleague, Stephanie Gaines, were made partners with Curts, and the firm changed its name to Curts Gaines Hall in 1992, with Chuck Jones added as a partner a few years later.

Hall is quick to credit Curts for the firm’s success. “Gerry is a generation older than the rest of us, and he was so influential, not only to us but to dozens of local architects. He was so giving in allowing young, aspiring, smart people to have ownership in the company and to grow that ownership.”

Hall admits the partnership changed his perspective, instilling in him a strong sense of responsibility and introducing him to the business side of creative work. For Hall, it only made the process more enjoyable: “Design is always challenging no matter what, and often the more restrictions and constraints you have, the more fun it is. It’s easy if your client says, ‘Here’s a blank sheet of paper, do whatever you want, no matter the cost,’ but that’s rarely, if ever, the case. What’s fun and challenging is to fit within a strict set of parameters and still create an interesting project.” 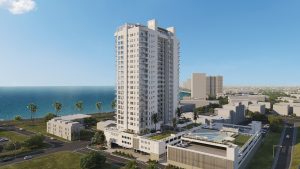 Hall successfully faced one such challenge recently when CGHJ took on the design for Altura, the luxury condominiums planned near the intersection of Bayshore and Bay to Bay boulevards in Tampa under the direction of The Ronto Group. As Hall explains, “Development, in general, has become more difficult, as most of the good land is taken or inappropriate. We see a lot of smaller sites that are more complicated to develop. Ronto saw an opportunity that a less savvy developer would miss.”

Hall relished the special challenges of Altura. “It wasn’t simply Ronto’s specifications we had to satisfy as there were entitlements from the prior zoning. It’s both a science and an art to create the perfect design within your various restrictions,” Hall says.

Hall now acts as a mentor to younger architects, concluding, “despite all our success, we’ve weathered many challenges as a firm. But the tough times were also a steel-forging opportunity. It taught us the value of having work, and of cultivating talented people to stay and grow alongside you.”

Ronto Group, a privately held Naples-based developer of luxury condo towers up and down the Gulf Coast, planned the 22-story…
in News Posted by Altura Bayshore
JOIN THE LIST