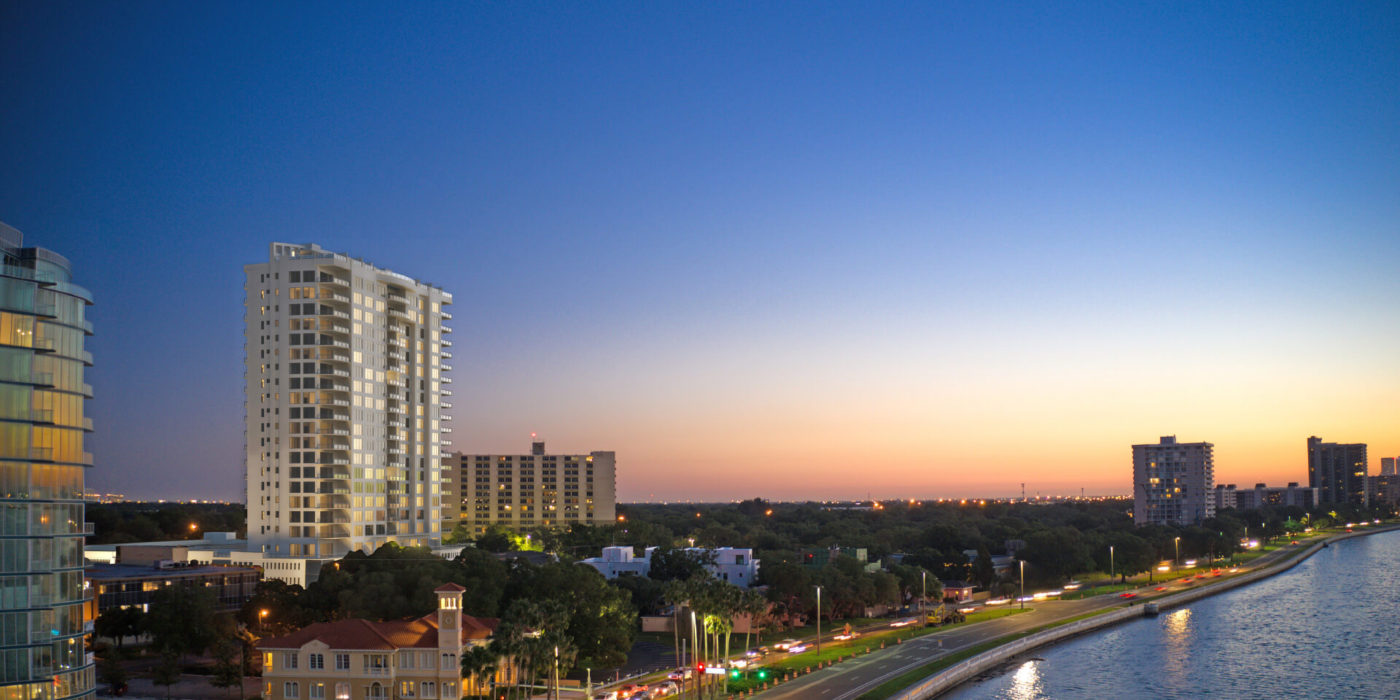 A Naples developer says it is planning to build luxury condos on the site of a long-stalled apartment tower.

Ronto Group said Wednesday that it is planning to build Altura Bayshore, a 73-unit, 22-story condo tower on the surface parking at 2907 S. Ysabella Ave., adjacent to the office building at Bayshore and Bay-to-Bay boulevards.

The units will range from 2,176 to 3,575 square feet, with pricing from the “low” $1 millions to $2.9 million. Smith & Associates Real Estate is the listing agent on the project.

Ronto Group did not reveal a timeline for beginning presales, breaking ground or tentative completion date for the tower.

Skyway’s tower never materialized, but the city signed off on the necessary rezoning for a residential building on that property in 2016, paving the way for Altura.

The Altura proposal comes on the heels of several other Bayshore condo towers proposed or under construction. The site is two blocks from The Sanctuary at Alexandra Place, which broke ground earlier this year, and less than a mile from where Kolter Group plans to build a luxury tower named Hyde Park House.

The tower’s rooftop will be a “social lounge” for residents, featuring a sunset terrace, complete with cabanas, bar, grills and rooftop pool.

Rooftop activation is becoming a common trend in Tampa Bay high rise development. Water Street Tampa has built a central cooling facility to free up the rooftops within its district, making way for elevated bars, dog parks, pools and more. In Midtown Tampa, a dual-flag Aloft and Element hotel will feature a rooftop lounge, as will the new Current hotel on Rocky Point.

David Traynor of Smith & Associates, the exclusive representatives for Altura Bayshore, says, “The Bayshore buyer is different from the…
in Press Release Posted by Altura Bayshore
JOIN THE LIST