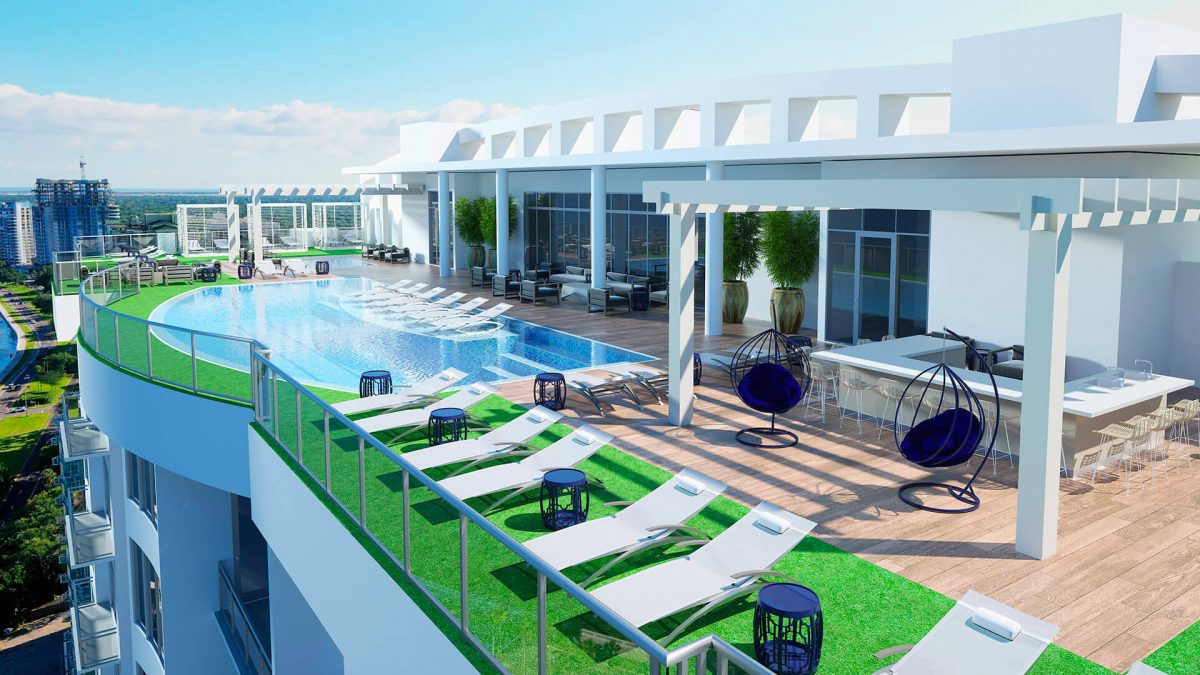 Over the course of the last decade, especially, The Ronto Group has established itself as one of the premier residential developers in all of Southwest Florida.

From its home base in Naples, the company has developed a trio of well-received, single-family home communities such as the 1,600-home Orange Blossom in Naples; TwinEagles in North Naples; and Lindsford in Fort Myers.

It has also exceled at vertical and urban developments, like the mixed-use Naples Square project in downtown Naples, with 300 total residences and 150,000 square feet of commercial space; and Seaglass at Bonita Bay, a 26-story condo tower with 120 luxury residences in Bonita Springs.

But while the company has worked within a tight geographic cluster in Southwest Florida, there are signs that Ronto Group is expanding its reach northward along the Gulf Coast.

In Sarasota, the company is putting the finishing touches on 624 Palm, an 18-story condo tower with 17 luxury residences downtown, a project it began in 2017 that is its northernmost venture to date.

And now, Ronto Group has unveiled plans for a 22-story condo project in South Tampa.

Altura Bayshore, at Bayshore and Bay-to-Bay boulevards, is being designed for 73 residences priced from $1 million to more than $2.9 million.

Ronto Group says it will offer a “maintenance-free lifestyle” with on-site amenities like a rooftop swimming pool with cabanas, a social lounge and outdoor grills; private elevators, pickle and bocce ball courts; a fenced dog park and a putting green.

The site also is in close proximity to a variety of restaurants and entertainment venues and is a short drive from Tampa’s downtown.

“We really zeroed in on the Bayshore area because the views and the surrounding area are so great, it’s an established neighborhood with a great history and it’s a short bike or car ride from downtown,” says Anthony Solomon, Ronto Group’s owner. “It checked all the boxes for us.”

Solomon notes, too, that Altura represents a unique opportunity in the Bayshore area.

“There are barriers to entry there,” he says. “There are truly not many sites in Bayshore that can be built out without rezoning being necessary.”

But Altura faces stiff competition from a series of upscale condo projects planned for Tampa.

Downtown, Strategic Property Partners plans to include 400 condos in its 815 Water St. project; Feldman Equities and Two Roads Development are proceeding with nearly 300 condos in the planned 53-story Riverwalk Place; and a joint venture between Ascentia Development and Batson-Cook Development are moving ahead with a 34-story tower called Arris Tampa, set to contain 80 residences.

Each will be priced with residences in a similar range to Altura’s units.

Solomon says he believes Altura’s location and amenities will separate it from the competition.

“Our project will offer a more active lifestyle,” he says. “It’ll have a little different take and a location in an established residential area that people have long been drawn to.

“I think we’ll have a subset of buyers who will be focused on staying near Bayshore,” Solomon adds. “The competition is obviously something that we’ll have to keep an eye on, but I really see the other projects as a benefit. More begets more, and if downtown becomes a more exciting place that helps us.

“Our residents will be happy to go downtown but then they’ll also like the idea of a three-minute Uber or car ride back to Bayshore to their residence.”

Solomon also points out that the move into Tampa was more “opportunistic” than strategic.

He notes that Ronto Group is moving ahead with eleven eleven Central, a new 62-unit condo tower in Naples, and Omega, a 69-unit luxury tower in Bonita Springs on the last developable site in the tony Bonita Bay neighborhood. There, units will be priced at $3 million and above. Ronto Group hopes to break ground on Omega next year.

The company also has roughly 300 home sites left to offer in its other communities in Southwest Florida.

“We’re still very active in the region,” Solomon says. “The move into Sarasota or Tampa isn’t a reaction to any saturation in Southwest Florida.”